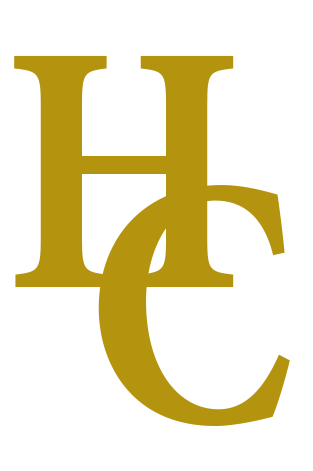 THINGS TO DO IN BARCELONA

Your guide to visit Barcelona

Barcelona is a big city with lots to see and visit. To start with, from our Hotels Continental most of the top attractions of Barcelona are within walking distance.

Whether you’re hunting for the perfect gift for someone special (even if that special someone is yourself), Barcelona has no shortage of out-of-the-ordinary, luxury, and even one-of-a-kind gifts. Here’s our recommended five must-visit stores near Hotel Continental where the focus is on the best of the best and celebrating special moments.

​​​​​​​1. Dress To Impress – 175 years as a Barcelona favourite, Santa Eulalia at Passeig de Gracia, 93 (20 minute walk from Hotel Continental) is your designer dream. If you’re looking to level-up your H&M, Zara or Pull&Bear purchases then Santa Eulalia has been the place to go since 1843. Burberry, Balmain, Balenciaga and Beckham (and that’s just the B’s) fill this store with fashion fresh, his and hers designer clothing, shoes, accessories and scents. If you want the perfect date night outfit or designer finery for your significant other head here. Oh, and if your quick clothing stop ends up taking the whole day, then lunch at their restaurant means you really can make a day of it.

END_OF_DOCUMENT_TOKEN_TO_BE_REPLACED

OUR SUGGESTIONS FOR RESTAURANTS AND COCKTAILS

"When I travel worldwide one of the highligts of my tryps are finding good local restaurants where to enjoy good food, ambience and experiences. Trying to help you on this purpose, It’s my pleasure to share with you my choices when I go out to eat. All are my selection except de veggie that I never tried, but I know it’s also very good. There are also many other options in town, that you can get asking our Staff at the front desk. Enjoy”

END_OF_DOCUMENT_TOKEN_TO_BE_REPLACED

We are glad you have chosen our hotel as starting point to visit this wonderful city, which offers visitors different kind of routes: gastronomic, cultural, beach & sun,... and, amongst them, the romantic places we suggest to impress your beloved one in Barcelona. One good way to visit the city avoiding the crowd hustle and bustle is starting the day hanging around the park of Laberint d'Horta (Horta's district labyrinth). Located in Passeig Castanyers 1, this enigmatic labyrinth looks very greenish and is the city's oldest conserved park. Let yourself go and explore the ways to find the exit with your partner! Once you have got out of the labyrinth, the next landmark we propose visiting is Park Güell which offers outstanding panoramic views of the city.

END_OF_DOCUMENT_TOKEN_TO_BE_REPLACED

5 REASONS TO DO A CITY BREAK IN BARCELONA

Looking for an excuse to surprise a loved one or your family with a city break in Barcelona? The Hotel Continental will give you not just one, but five good reasons! The 3-star hotel is ideally located near the Ramblas and therefore our team knows everything there is to know about the trendy capital of Catalonia. Let us show you that Barcelona is the perfect destination for your weekend break!

Culture addicts won’t be disappointed with their short break in Barcelona. Indeed, the city offers many options in terms of museums, art gallery and the legacy of Gaudi that can be seen all over the city. Do not miss out on these museums

END_OF_DOCUMENT_TOKEN_TO_BE_REPLACED

Barcelona is packed full of things to do year-round. From family attractions, amusement parks and many museums that are specifically tailored to the interests of children. If you're visiting Barcelona for the first time with your family, here are our top family friendly venues or attractions.

Zoo de Barcelona:
Barcelona zoo, located inside one of the most beautiful park in the city, Parc de la Ciutadella was inaugurated in 1892. The zoo used to be the home of the only known albino gorilla, who died in 2003. The Zoo has a wide variety of animals, from gorillas to snakes, elephants, flamingos, penguins, komodo dragons and more. If you don't mind queuing for quite a while, there's a dolphin show to see with the kids. However, If you decide not to go inside the zoo, you can easily spend some time exploring the park with your family. A lovely lake can be found inside the park where row boats can be rented, and there are playgrounds for kids if they wish to play hide and seek. In addition, it´s a perfect place to have a picnic with the family.

END_OF_DOCUMENT_TOKEN_TO_BE_REPLACED

George Orwell, born in Eric Arthur Blai, India, during the time of English imperialism, marked the literature’s history by his lucid and polemical prose. We all keep in mind the stress and agony of being watched by the Big Brother in Orwell’s probably most known fiction novel, Nineteen Eighty-Four, or 1984. Nevertheless, George Orwell experienced previously chapters of his life in the city of Barcelona.

At the end of 1936, Barcelona was a pained city and the civil war that confronted fascists and Republican supporters was strongly punishing all the country. That is why George Orwell decided to come to Barcelona with his wife, with the idea of covering the war as a journalist. Then, he joined the POUM –a Barcelona-based socialist party- and decided to fight as a republican volunteer on the Aragon front. After being shot he returned and wrote its famous novel Homage to Catalonia (1937), a personal account of his experiences and observations of the Spanish civil war. With the company of the English author and the civil war as a context, we can get inside the unknown Barcelona of George Orwell.

END_OF_DOCUMENT_TOKEN_TO_BE_REPLACED

CATALAN MODERNISM: STORIES BEHIND BARCELONA THAT ARE A MUST

If the end of 19th century brought Modernisme as a way of expressing Catalan values and local characteristics, nowadays we can consider this movement the stardard-bearer of Barcelona. Monuments as well known and astonishing as la Sagrada Familia give the city a special charm and make Barcelona one of the most visited cities in the world.

Antoni Gaudí, the Catalan modernist architect par excellence, was really influenced by religion, which explains that the cathedral was his most ambitious project. Nevertheless, Modernisme goes beyond that and we find expressions of it in parks (Parc Güell and Parc de la Ciutadella), Music Halls (El Palau de la Música) and even Hospitals (Hospital de Sant Pau), spots that you shouldn’t miss when touring around the city.

END_OF_DOCUMENT_TOKEN_TO_BE_REPLACED

A great way of visiting Europe and the Mediterranean it is to take a cruise. However, to get the full experience, we highly recommend staying in the port city a couple of days before or after embarking on your sea trip. Barcelona is the ideal city for that.

Transport
The cruise port is not far from the city center of Barcelona. To Las Ramblas, you can take a blue shuttle or walk around 10 minutes from the nearest cruise terminal. Barcelona may seem large but its neighborhoods are surprisingly walkable and easily accessible by bus, metro or even on foot (in comfortable shoes) from the city centre. Check the Public Transport Website for more information.

The other option is catching a taxi from the port to the city centre which will not be more than 10 € and normally less than 10 minutes. The Barcelona Tours Bus is an easy and quick way of visiting the city if you do not have much time.

END_OF_DOCUMENT_TOKEN_TO_BE_REPLACED

If you want to enjoy sports, you have come to the right place. Since Barcelona hosted the Olympic Games back in 1992, the city has evolved in many ways and the current sports offer is mesmerizing. Many of the facilities built for the Olympics are still completely functional, which makes them perfect for big events such as the Barcelona Marathon, the Barcelona World Race or the many soccer and basketball matches that take place throughout the year. If you are a fan of sports, take note of the following events happening in Barcelona during the year: